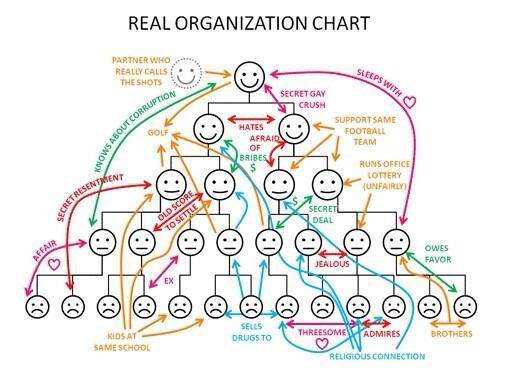 “Community organizing is all about building grassroots support. It’s about identifying the people around you with whom you can create a common, passionate cause. And it’s about ignoring the conventional wisdom of company politics and instead playing the game by very different rules.”
(Tom Peters, 2010)

STRUCTURE IS NOT ORGANISATION

When structures need to be (re)organized it is easy to go back to a familiar well known structures of relationship that are close and trusted, our known kinship system. Kinship is a term that anthropologies use to clarify the most important things that groups of people have to deal with dividing power or paucity of supplies (Braun & Kramer, 2015). Falling back to the known maybe in the past successful structures does not mean it is in the best interest of the vitality of our company. And corporate anthropology studies the formal organograms by how people talking informal about the structures (the narrative organogram). Both the formal organogram and narrative organogram supports the structure where the organisations culture can exist and develop (Braun & Kramer, 2015). Figure 5 illustrate deeply that communication defines an organisation and that the narrative organogram gives an explanatory framework how power, leadership, vision and strategy perform in real life. (Braun & Kramer, 2015).

As mentioned before, organising an effective communicative structure is more than just thinking about how to send and receive messages. Communication is the product of the combined efforts of the individuals. So what kind of role people around us have in a way how we successful organize our things?

DEALING WITH INTERNAL DESIRE FOR POWER

Covey (1997) says about this topic:
‘An empowered organization is one in which individuals have the knowledge, skill, desire and opportunity to personally success in a way that leads to collective organizational success’.

And this gives us a fundamental insight. It’s not the people that support the structures but the structures need to support the people, the individual so that the combined success of the individual defines the organisational success (Kor, Wijnen, & Weggeman, 2008). How do we achieve that? We have to go back to the basics, learn from cultures and explanatory theories of brilliant minds like Mintzberg. Mintzberg created an explanatory organisation structure that can help us to find or defines potential conflict within organisations. Mintzberg suggests that an organisation structure exists of six building blocks (Mintzerg, 2015):

– Desire for power through connection with Top and Middle management.

3. Technostructure
– Example: team Administration
– Desire for power through for standardize like processes.

– Example: Team managers
– Desire for power through own autonomy.

Every building block in the organisation has its own desire for power. In the narratives you will hear about where the tension lies in de structures of the organisation and which of the building blocks strengthened or weakened the overall relationships. The reality is of course far more complex but it is good to simplify these principles to recognize the powers in an organisation.

We often see this kind of power in the Management Team. And that’s not a strange logic because they can coordinate by direct supervision. They are responsible for the finance, execution of healthcare and the strategy. And if structures are simple and centralised you can control it (Mintzberg, 2015). 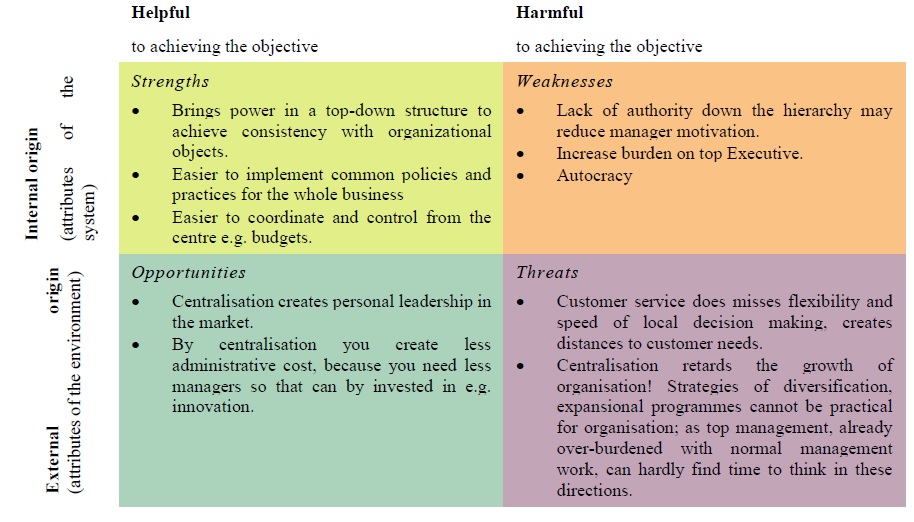 Power 2 through standardizing of processes 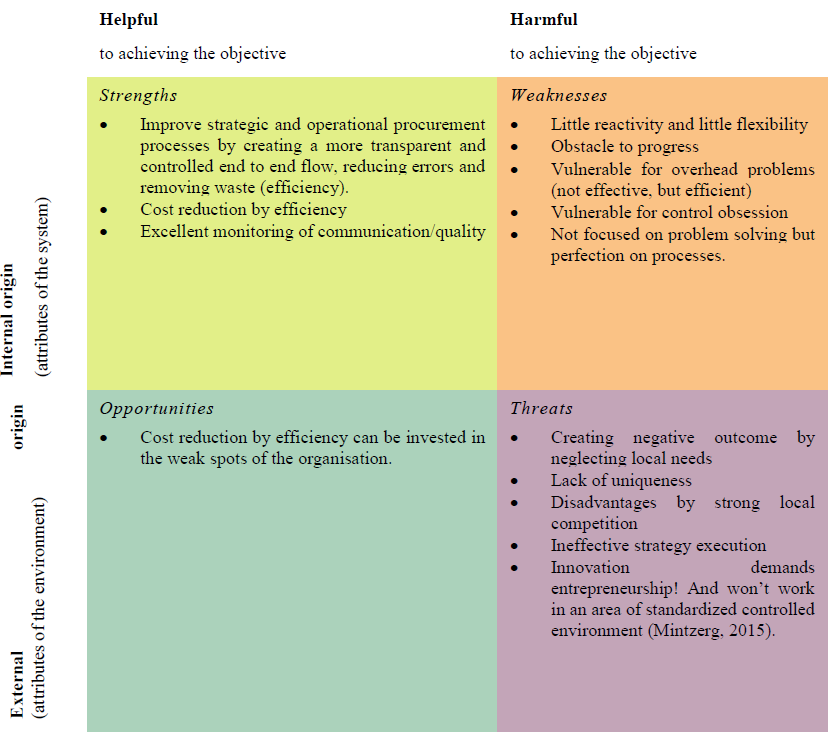 Power 3 through standardizing of skills 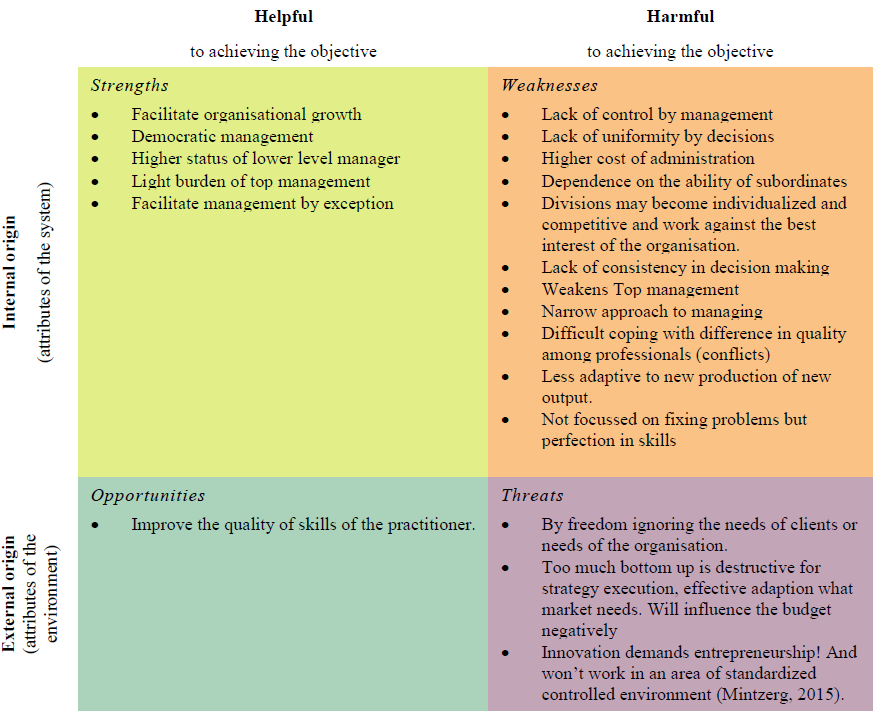 The fourth power you see often by the Team Managers. They want autonomy over their own unites that often brings them to structure the organisation by divisions. The divisions has the authority to run their own activities. They decide the output and formulize the strategies for the relevant markets (Mintzberg, 2015). 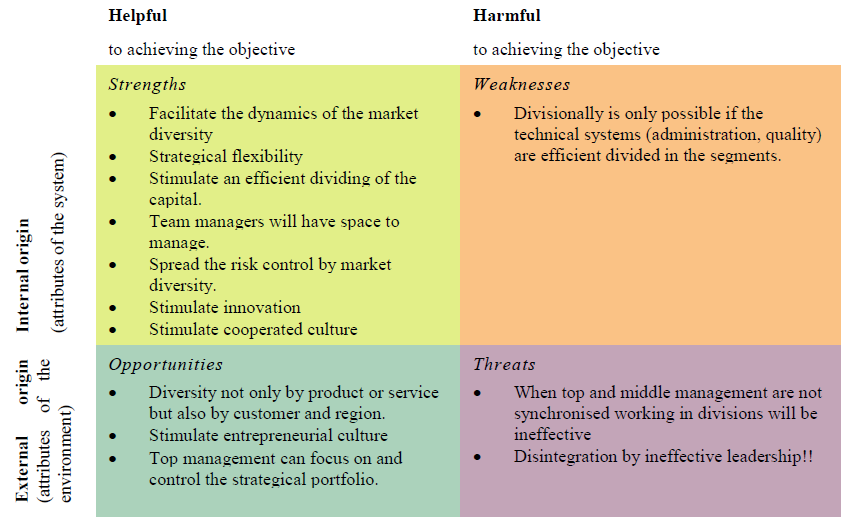 Power 5 through connection with top and middle management

The fifth power you see often by HR and teams who are responsible for projects and development. They want influence by decision making processes and coordination of adjustments (Mintzberg, 2015). 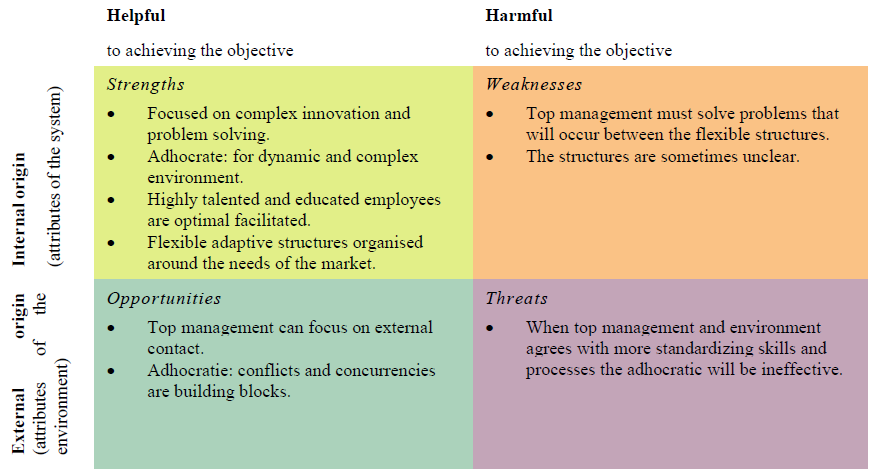 When a political arena facilitate the five powers

So when the formal organizational structures does not facilitate constructively the different kind of desire for power, tension and destructive energy will grow. Mintzberg (2015) says a political organisation defines this tension by chaos because the formal structures and/or the leaders do not facilitate the needs of customer and employee. Lack of leadership or a quitting strong leader cause often a battle for power among the different kind representatives of the powers (Mintzberg, 2015). 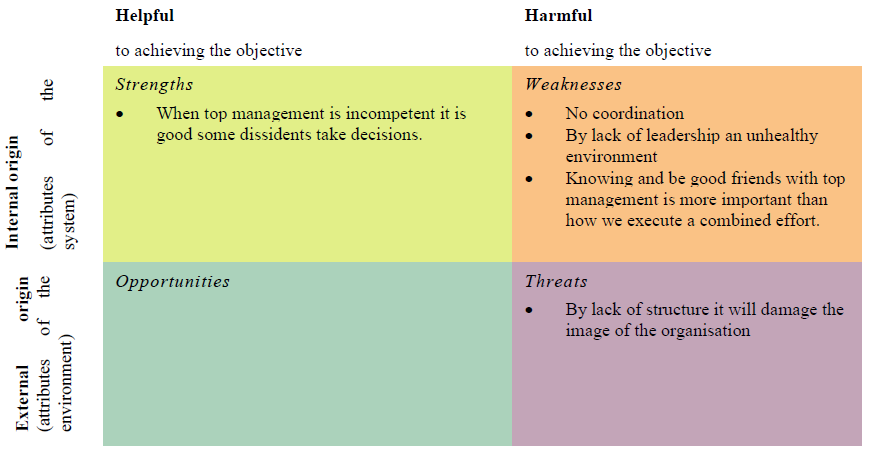 When an effective organisation facilitate the five powers

How do we create an optimal situation so the combined desire for power translate in organisational success? I studied more than 20 healthcare organisations who are operating in multiple sectors (WLZ, WMO, Youth, Judicial), growing in financial and innovative way. And I found out that we can see three keys at least in an effective organizational structure:

And several studies seems to support my analyses (Kemperman, Geelhoed, & op ‘t Hoog, 2016; Pijl, 2018) So I think we need a focus, a guideline that bring our organisation in an optimal track.

Tom Peters (2016) and Jeff Coflin both well-known authority’s in the management field emphasised the work of Michael Raynor and Muntaz Ahmed authors of the book ‘the Three Rules: How Exceptional Companies Think’. They say:

‘We see a scary economy but a company can dominate by:

We need to combine the five powers in a suited structure that provide:

We end this chapter with the focus on the customer.  So we can build further on managing by value and keep developing human capital in the chapters strategy and leadership. As we mentioned earlier we life in a disruptive time. A time that demands continually innovation to exist on a long term. The time of unfreeze-change-freeze is over (Pijl, 2018). Our market needs continually adaptive suppliers that can produce high quality of service and results on the right time. So if we think how we must organize our structures we should focus on the customer (Peters & Waterman Jr., 2005). That make use to an conclusion:

For a good diagnostical framework it is important that the circles around the customer must enforce the needs of the satisfied customer and in a way it also satisfied the employee. We must continuously know and monitor what the demands of the markets are locally, temporarily and on long term so we can connect ( (Mintzberg, Ahlstrand, & Lampel, 2009; Pijl, 2018) and stimulate intrapreneurship (Peters & Waterman Jr., 2005)! That’s why allot of our colleague organisation has a knowledge centre. MEE a health care organisation publish every year an article about the most urgent and important problems in Youth, WLZ and WMO.

We try to simplify things in the logics we can comprehend so it has a zero measurement, can be repeated and can be hypothesized. I searched intensively for 16 years to find the golden keys to make things sense. I love to study, it gives me joy and energy. Although its deliberating to understand at some level how things evolve over time. But its limited because the spirit of time can change the way we defines our analogy.

And I think seeing the practice of spirituality is not only a part of culture. It shapes how an organisation or individual interact and make sense about what’s going on. Seeing things from a spiritual perspective brings communication to a deeper level. It’s my golden key for life! And the most important thing for me in life has not yet been widely acknowledge (by lack of quantities studies) in social science (at top maybe religious coping) as strong suggestion to consider when we talk about communication. The reality of the dematerialized life that’s exist parallel with the materialized world we living in. Structures where a psychiatric just diagnose as an unidentified energy but should reconsider the context of spiritual aspect for example by trauma disorders. (Neuner, et al., 2012).  Watchman Nee (2002) says in his book The Spiritual Man:

I suggest to connect with the dematerialized world and to the materialized world because it makes though decisions in perspective. I do not know much about this topic but I do know they’re the most powerful aspects that defines and shapes our communication and it’s up to us how to deal with it!

✓ Are the 5+1 powers in balance in our organisation?
✓ What is needed to facilitate the powers in to a constructive cooperation?

An effective organisation is equal to 1+1=3

Back to science talk! It’s the chemistry between the musicians and their audience that makes a night of music unforgettable. The musician look in the crowd how they react on the melodic interpretations of their combined instruments and anticipates what connects or not. And same principle applies to healthcare practitioners and their crowd. It’s the art to find a way that all five powers brings synergy. Schildt & Perkmann (2016) defines those powers as  logics. Other researchers defines the synergy in an effective organisation as the ability to give oxygen to talent and an environment where fixed and flexible structures in the same organisation close to the needs of customers can accelerate to excellence (Peters & Waterman Jr., 2005).

I am well aware that the described frame work is dominant social welfare orientated. And it is the reality that makes us aware that there are clear boundaries. You can’t fire or hire as needed if the financial budget doesn’t allow it. That makes organizing effective structures not only dynamic (flexible vs controlled structures) but also organic (flexible and controlled structures) (Frijde, 2017). An effective organisation search agility, balance and gives enough room to learn and grow (Pijl, 2018).

Thus when we bring the described framework of recognizing an effective organizational structure in a perspective of shaping and creating social realities we can’t describe the golden key to success. Just a synthesized road map of paradoxical ideologies. Where strategy and leadership based on a supportive structure can define the quality of success or failure. The figure 1 below illustrate its wonderfully. Finding the best of the logics and combine it to an optimal not a maximized win situation (Fisher, Ury, & Patton, 2016) relevant for our stakeholders (Schildt & Perkmann, 2016).

This blog is part 3 of Strategy, Vision and Leadership.